How Can An Ombudsman Help Me

The Role Of The Prison Ombudsman

The Role of the Prison Ombudsman

In order to achieve harmony within the prison system, there is an officer of the court known as a prison ombudsman that handles, investigates, and mediates between the system and the prisoners that reside within them. When complaints, disputes, deaths, and other elements occur, it is the prison ombudsman job to see to it that there are answers, resolve, and balance acquired. The prison ombudsman works diligently and impartially to get to the bottom of the matter to assure that procedures are being followed properly, incidences are solved, and to detect when something foul has occurred.

The best part of having access and utilizing a prison ombudsman is that they are normally free in comparison to lawyers and such. In addition, a person can seek compensation for numerous circumstances. It is entirely a separate branch from any prison or jail system, and the process is very discreet and confidential. However, it is important to understand that the prison ombudsman cannot enforce actions upon anyone. He or she can only make recommendations based upon actions, evidence, and good intentions to resolve the issues and prevent more from occurring. Also be aware that the ombudsman does not possess the authority to enforce anything upon the complaint or dispute only to act as a neutral third party to encourage resolution amicably.

There are many different sorts of prison cases that the prison ombudsman can handle. There are various situations that occur with in the prison system that are disputed and complained about everyday. Here are a few different types of cases that an ombudsman will take on and be able to encourage a resolve:


Violations within the prison system of a prisoners rights


Wrongful discipline of a prisoner


Harassment and discrimination of a prisoner
v

Death as a result of prison negligence

There are many types of people that can make a prison complaint or file a dispute. Prison Ombudsman can handle various complaints and grievances from a large array of candidates involved in the prison system. Here are a few that qualify for prison ombudsman service:

People on probation and accommodated within the prison
Detainees

When a complaint is filed with a prison ombudsman, the ombudsman will begin an investigation into the allegations that the complaint or dispute is making. First he or she will try to come up with a solution that is valid for both parties to be satisfied with.The prison ombudsman will then make a report or conform a letter if the parties have not mutually agreed on a solution to the problem. If this fails, then the ombudsman will write and derive a final letter that may dictate that a more detailed investigation into the matter be sought.The prison ombudsman may request to peruse the prison that the incident occurred in or to interview staff members and the prisoners involved in the matter.

The prison ombudsman will make recommendations according to both parties sides of view impartially. This process can vary as to the time it may take to find a solution and seek the resolve necessary. Inmost cases a resolve is found and the parties agree upon a simple solution, however it is still good to keep in mind that the prison ombudsman cannot enforce any action upon the prison. They can only act as a liaison for the situation and encourage harmony and balance to be established.

The word ‘ ombudsman ’ dates back to 1809when the Swedish Parliament created a new official known as the Justitie-Ombudsman, referring to public officials appointed to investigate citizens’ complaints against governmental agencies. Ombudsman loosely translates as ‘ citizen’s defender ’ or ‘ representative of thepeople ’. In Swedish the word – ‘ ombudsman’ is without gender and can indicate a person of either sex. However, it is becoming common to use the term ombudsperson in lieu of ombudsman.

Use our Legal Search Guide to find Law Information on Legal Rights: 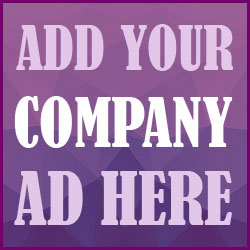 Ombudsman Questions at a glance

Ombudsman Questions | How To Get Ombudsman Help

Need to Find a Mediator, Arbitrator, Lawyer/Attorney, Ombudsman or Paralegal?